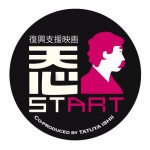 1869-About this time learned English

1880- Graduated from Tokyo University, started working for Ministry of Education

1886- Made an official trip to Europe and U.S with Ernest Fenollosa

1898- Retired from head of the Tokyo School of Fine Arts(Tōkyō Bijutsu Gakkō), and founded the Japan Art Institute

1901- Visited India, made tour of remains of Buddhism

1902- Had first impact with Tagore, poet in India, who became close personal friends

1903- Published ’The Ideals of the East ’in London

Bought a piece of land and his house in Izura (五浦)

1904- Was invited to the Museum of Fine Arts, Boston, the Asian art division

Published ’The Awakening of Japan’ in New York

1906- The Japan Art Institute was moved to Izura, and then, his young pupils Taikan, Kanzan, Syunsou and Buzan moved there, too.

Published ’The Book of Tea’ in New York

1907- Held a Moon viewing party in Izura, in August according to the lunar calender

1910 -Became the head of the Asian art division of the Museum of Fine Arts, Boston,

1913 – After authorized ‘The White Fox’ , got back to Japan because of illness

Moved to Akakura in Niigata prefecture for medical treatment, but his condition got worse and died

1914 – The Japan Art Institute was reconstructed

Tenshin Okakura left the great achievement to the Japanese modern art. This is a story of Tenshin’s life and conflict and teacher-student love between Tenshin, who rediscovered art of Japan and tried to produce new beauty in Meiji period, and his young pupils, Taikan Yokoyama, Shunsou Hishida, Kanzan Shimomura, Buzan Kimura.

Unfortunately, on 3.11 2011, the cultural heritage ‘Rokkaku-dou’,in which Tenshin was absorbed in meditating, located in KItaibaraki city which is a main location site of this film, was washed away and disappeared under the sea by Tsunami caused by Great East Japan Earthquake.

In order to make this film a symbol of revival from Great East Japan Earthquake, the volunteers has set up ‘Film Tenshin Executive Committee’, and ‘Tenshin’ has been completed in response to their passion.

In the Film Tenshin, the beautiful nature of Japan which Tenshin had loved all his life was shot, and the movie Tenshin will bring cheer to Japan and all over the world.

In Showa Period 12 (in 1937), A journalist showed a venerable authority Taikan Yokoyama an old photograph.

In the photograph, there were figures of the young painters, Shunso Hishida, Kanzan Shimomura, and the Kimura Buzan.

The journalist was surprised at unexpected words from Taikan, and Taikan begins to recollect life of his teacher, Tenshin Okakura.

Young Tenshin who became aware of beauty of Japan by Fenollosa discovered Kanou Hougai forgotten by the world, he became head of the Tokyo School of Fine Arts. But he was defeated in an administrative struggle with Western group, and a new technique of Taikan and others was not understood by the world. Tenshin and 4 pupils left Tokyo for Izura.

Through intense conflict they reached an extreme innovation of Japanese painting, and it was reputated from the world at last. But Shunso who strained himself died young. And Tenshin fell ill too, and passed away keeping love with a woman poet alternated in India in mind.

After finishing recollection, Taikan had a quiet expression.

The present Tokyo Art University, rebuilt Rokkaku-dou,which was washed away by Tsunami on 3.11 and the ideal and idea of Tenshin were taken over to us even now.